We are Olympians (or Paralympians, we’re not fussy here)

It’s been the Olympic summer – or more accurately the Olympic and Paralympic summer.  I always knew that I was an Olympic junkie.  Every four years I become an expert in the most obscure of sports with the most unfathomable rules for a brief moment in time.  I wasn’t entirely sure I would feel the same about the Paralympics, I haven’t really seen them televised much before.  Shamefully I kinda envisaged a version of school sports day with sporadic clapping from a sparse crowd and shouts of “Oh jolly good try”.  Well I have eaten my words and very tasty they were too.  We were every bit as amazed, entertained and proud of the Paralympics in this house as we ever were by the Olympics. So much so that we hosted our own Lego Olympic/Paralympics. 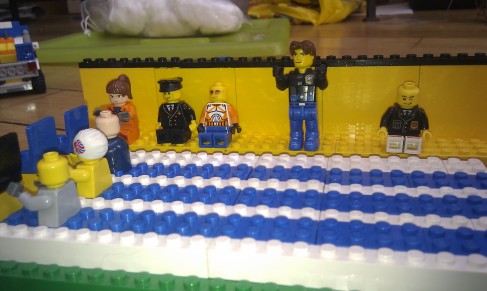 This is the acquatic centre and the S8 30cm backstoke final.  TeamGB guaranteed of a medal due to the fact that there are only 3 swimmers (not enough blue bricks for more). 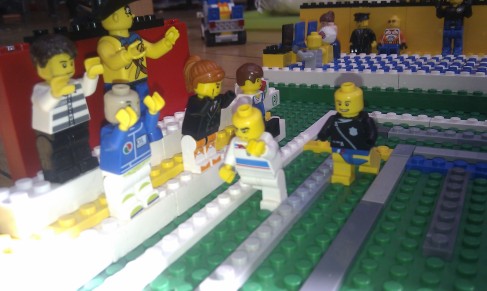 10cm sprint final – TeamGB in first place with only 1cm left to go. 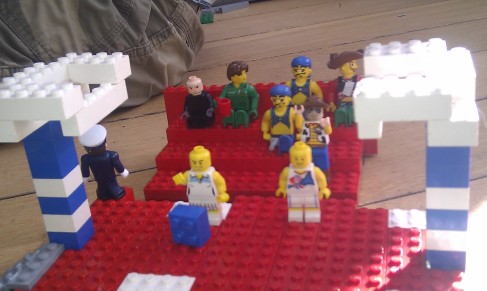 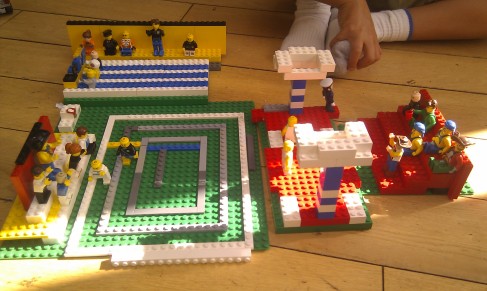 Overview of the venues and Juniors feet.

← Single With Kids Campfest
Helpful Hints 1 – What not to say to an adoptive parent. →